These metals have been used in the auto industry and in high-end jewelry for a long time. Recently, we have seen an increase in people investing in these two precious metals. This is due, in part, to how rare platinum is, and the abundance and industrial uses of palladium.

According to JM Bullion, “Because of [Palladium’s] similarities with platinum and generally cheaper price, palladium shares the market with those seeking to buy platinum. The price of palladium is volatile and unpredictable — giving investors ample opportunity for speculative profit.”

Palladium is a great way to invest in precious metals but at a low cost. Plus there’s a wide gap in price between palladium buyers and sellers. Preciousmetals.com says, “Palladium saw the greatest increase in value over the period from 2010 to 2014 when compared to Gold, Silver, and Platinum. The precious metal went from an opening price per ounce in January of 2010 of $419 and closed 2014 with a cost of $815 – nearly double.” 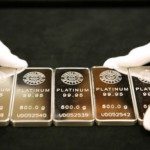 Since early 2016, this trend has continued to rise with platinum and palladium. According to a recent article, Platinum takes the limelight from gold with the best month in four years, platinum has been up 12% since July, putting prices on track for the best month since 2012 and Palladium are even better, jumping 17%, the most since 2008.

The drive in these two metals is attributed to better auto sales in China, as well as concerns over labor practices in South America and loose monetary policies from banks around the world.

Analysts have speculated the demand for these metals will rise, in the long term.

PORCELAIN FUSED TO METAL Do you have collections of porcelain fused to metal?  They may be very valuable. Although Porcelain has…

Remember the “gold rush” well dentists; oral surgeons and periodontist are on the forefront of today’s gold rush. Gold is…

Precious Metal Refining is an art form that dates back to Ancient Rome. The classic fire assay process that is…

Selling PFM Crowns YES! You can definitely get paid for porcelain-fused-to-metal (PFM) crowns. Some dental offices believe they can’t sell…

Gold Prices: Will they go back up? Over the past few months, everyone has been closely following the fluctuating price…

0
28 Nov 2016
How Jewelers Are Helping To Stop The Sell of Conflict Diamonds?

In today’s market consumers are sensitive about where their products come from. It doesn’t come as a surprise that jewelry…

When Washington was inaugurated in 1789, he had only one tooth left in his mouth.  He had experienced dental problems…