As gold mines expand, livelihoods, natural habitats, and resources are being tarnished. Hundreds of thousands of acres of rainforests are deforested, both legally and illegally. Using a gold refinery results in more gold being recycled and less gold being excavated from mines, protecting the environment, saving communities, and using less energy.

Gold mines tunnel underground or by excavating an open pit. The underground mines produce fewer gas emissions than open pits, though both mining methods are still adding to the carbon footprint resulting from gold production.

Ventilation systems are a necessity for miners. While open-pit mines reduce the need for ventilation because air isn’t trapped in as many tunnels, underground mining requires a vigorous high-energy ventilation system. Blasting through rocks and gaining access to new material creates more fumes that are exhausted throughout the mine and into the atmosphere. The increase in ventilation requirements causes a rise in energy use.

Fortunately, technology is evolving while transportation and machinery are slowly becoming more environmentally friendly and economical. However, diesel fuel is still the culprit for high pollution. The copious amounts of vehicles loading, hauling, queuing, and dumping material is increasing the greenhouse gasses produced onsite. Mines that have lower grade gold consume even more energy because more machinery is used to excavate and process a higher amount of material to obtain the same amount of pure gold as a high-grade mine.

A common element used for extracting gold from mining sites is mercury. When mercury and gold make contact, they merge and form an amalgam. This process is extremely helpful when collecting scattered gold within soil and sediment. While an efficient method, it pollutes the area around each mining site.  Animal habitats are no longer habitable due to demolition and contamination. Local communities even monitor their food and water supply to protect themselves from mercury poisoning. 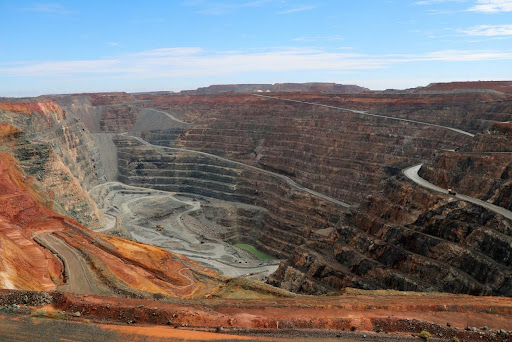 Indigenous communities that have populated isolated areas are losing land battles against the mining industry. Governments also tend to disregard indigenous peoples’ rights to their land and sell the valued land to be mined for gold. Local governments lack basic legal and political protection, forcing them to evict the area for little to no compensation.

As deforestation expands, farmers are forced to relocate and natural resources are depleted from local communities. Rivers are drained and scavenged for gold, while vegetation is replaced with roads and pits. Food insecurity becomes a real threat for these families as well as a lack of natural resources for shelter. These areas depend on natural resources to survive, and gold production destroys these resources.

Gold mines create new jobs, but they are not what some would like to endure. Mining is noted as one of the most dangerous professions in the world. The typical life expectancy of a miner is much lower than one in a less dangerous profession. Lung cancer, bronchitis, and tuberculosis are just a few long-term disabilities workers are left with after leaving the mining industry. Recycling precious metals at a gold refinery can help to save and improve lives.

Finally, waste management is becoming overloaded as landfills pile up. As more scrap gold gets thrown into a landfill both the air and water can become polluted. Gold never breaks down, so when scrap gold and other metals sit in a landfill, they eventually seep underground into the water supply. Electronics, dental scrap, and medical devices are examples of items that are thrown away regularly without separating the metal or sent to be refined.

Recycle with a Gold Refinery

Gold production has positive impacts like creating jobs and increasing revenue. Nevertheless, a gold refinery that recycles scrap gold is a significantly better alternative, not to mention the additional income you’ll receive in return for your material. Most gold refiners have environmentally friendly protocols. When you use a gold refinery to recycle your scrap gold, you contribute to protecting the environment, saving lives, and conserving energy.

Core Scientific is a gold refinery in the Midwest that invests in the most cutting-edge refining technologies and techniques. This allows us to generate the highest possible yields, recovering more precious metals in the refining process, making us the best environmental choice. Get a free consultation now and learn more about what we can do for you.

Danielle Millan-Andujar
13:37 23 Sep 21
The easiest experience for us! Keyla was awesome, super quick to respond, and willing to answer all of our questions. This was the main reason we went with Core Scientific, because the level of comfort and trust that she immediately built made us feel comfortable in knowing that she would be there to support us and all of our needs in an extremely timely manner. We actually spoke to Keyla, got our shipment materials and got Keyla's confirmation emails BEFORE we even got responses from a few of the other companies we had reached out to! We are super happy with our choice to go with Core!

Julen T
00:04 30 Mar 21
This is the fourth time using Core Scientific for Dental Scrap. The promise that I was going to get 2 to 5 times more than any other provider was right. A trustworthy company, very transparent, great people, and you get your check in just a few days.

Alberto P
15:37 20 Mar 21
I've used them a few times for jewelry refining. Great communication and fast turnaround. Will use again for sure.